Authorities in Burlington declared a Tier 1 hazmat incident after a chemical mixture killed one worker and sickened 10 other people.

One person was killed and 10 other people were sickened in a chemical accident at a Buffalo Wild Wings restaurant Thursday in Burlington, Massachusetts, authorities said.

A restaurant employee was rushed to a hospital after being exposed to sodium hypochlorite, a powerful cleaning agent, and died shortly thereafter, Michael Patterson, assistant chief of the Burlington Fire Department, told reporters Thursday night. The worker told firefighters who arrived on the scene that he was feeling nauseated after breathing in fumes.

“Anyone who was in the restaurant at the time and believes they may be impacted by the incident should seek medical treatment immediately,” the fire department said in a statement.

Two customers and eight other employees were treated at hospitals, Patterson said. They were believed to have not been seriously stricken, he said.

Update now nine total victims. One fatal and eight self administered to @LaheyHospital total of six patrons and two employees 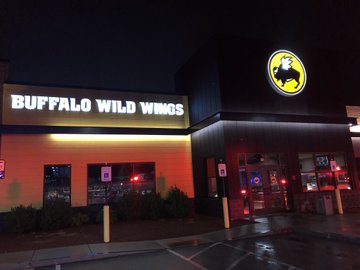 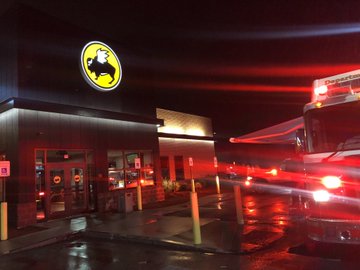 The building was evacuated at about 6 p.m. for a Tier 1 hazmat incident, Patterson said.

The fire department that there was no active threat to public safety and that the investigation was ongoing. It said the federal Occupational Safety and Health Administration had been notified.

Buffalo Wild Wings said in a statement Thursday evening that it was referring questions to local authorities.

“We are shocked and saddened to learn of this horrific accident at our franchise-owned sports bar and are working closely with our franchisee and the authorities while they conduct an investigation,” the company said.

A hazmat scene in Burlington, an @Edelman11 pop up store & more. @chrisWBZ has your headlines for November 8th #Top4 #WBZThisMorning pic.twitter.com/KszkSjudbS

Get your Hazmat Nation Gear

Bureau of Land Management to Fund 11,000 Miles of Fuel Breaks