On July 27 Baltimore City Fire Department and Maryland Department of Environment Emergency Response responded to 805 S. Caroline St. for a report of a vehicle involved in an explosion in a parking garage.

E-5 was on scene with two injured subjects from the explosion. Neither injury was life threatening. One occupant was in the vehicle and the other nearby. A hazmat box assignment was dispatched to the location. BC-2 had incident command and BC-6 had operations. BC-EMS had medical with two medics for transport and one for standby. Safety officers 2, 3 and 5 were on scene with the hazmat coordinator as tech safety officer. SOC-2 provided structural collapse expertise.

The vehicle occupant said there were four tanks in his SUV he used for his HVAC business: two tanks of refrigerants (410,22), one of nitrogen and one of acetylene with the air-introduced nozzle. As the vehicle started to move, the explosion occurred. The vehicle was on the third level of the parking garage near the stairwell on the south end of the garage\apartment building.

Rescue 1 was the first entry team for recon purposes. Given the initial information, the crew carried a 6-gas meter, mini Rad, TIF refrigerant, thermal imager, IMS as well as colorimetric papers. Turnout gear was the chosen PPE for the duration of the incident due to flammable gasses being involved. E-23 provided the RIT for the first entry. A member of the Baltimore City Police bomb squad also made entry with Rescue 1.

The entry team surveyed the scene for hazards, verified the initial report of four cylinders involved and surveyed for structural damage. Initial entry team cleared the third floor and reported findings to operations. Meter readings of note were HCN, CO and PID hits at low levels. No change to LEL or O2.

The decision was made to remove the cylinders from the vehicle and place them in an open dirt area at an adjacent construction site for further evaluation. Engine 23’s crew rotated in as the next entry team while Squad 54 provided RIT. The cylinders were safely moved to the site and evaluated.

The four cylinders were intact with damage to the nitrogen and acetylene tanks’ regulators. Soap and water was used to check for leaks. No leaks were discovered on any of the cylinders. The operating valves were checked. They discovered the acetylene tank valve was slightly open, and the cylinder was empty while the other cylinder valves were closed.

The logical conclusion based on this was the acetylene was leaking into the enclosed vehicle for a period of time. When the vehicle was started, the gas found an ignition source precipitating the explosion. Once the cylinders were removed, Truck 6 formed the last entry team to take additional readings on the third floor of the garage.

Here are five interesting takeaways from the incident.

The meter readings proved to be quite interesting. HCN, CO and PID showed hits you might expect when monitoring the fireground during overhaul. We know that acetylene (which was the suspected culprit initially) has an IP of 11.4 ev, so the PID is not seeing it. The LEL sensor showed 0%. Was the area ventilated enough to keep the flammability readings down?

Acetylene is very reactive and could easily trigger hits on the HCN and CO toxicity sensors. A really good discussion ensued among the best meter people we have in the city. Were the meters seeing the acetylene or the combustion byproducts? The different possibilities further highlighted the need to remove the cylinders from the vehicle to the open lot. At some point the cylinders needed to be evaluated and rendered safe, so the construction site made an excellent area to do this.

Once isolated, the cylinders were checked using some old school hazmat — soap and water. Soap and water bubbles are still the best leak checker available. Manual checks of the valves gave us the answer we were looking for as to why the explosion occurred. In the end, the meter readings were a wash as old school hazmat proved its value. Meters can easily be fooled. However, the soap bubbles do not lie. The meters did, however, verify a clean atmosphere in the third level of the parking garage allowing FIB to investigate without PPE.

Acetylene tanks have a different construction. These cylinders are what’s called a B tank. They allow oxygen to be introduced at the nozzle eliminating the need for a separate oxygen cylinder. The cylinder still has the honeycomb interior that stabilizes the gas with acetone.

Acetylene has a very wide flammable range — 2.5% to 100%. Any confinement of the gas will quickly bring it into the flammable range just waiting for an ignition source. Also interesting is that it is incompatible with halogens, according to NIOSH, yet there were two cylinders of halogenated HCs next to it.

Request outside agency assistance early. Overall the incident went very well. Multiple city agencies coordinated by OEM allowed the situation to be handled in a relatively short time frame. One agency of note is Maryland Department of Environment Emergency Response. Their expertise and years of experience provide great insight into helping decide a course of action. Requesting them early in an incident is key to making their contribution effective.

Consider criminal acts. Initially, the possibility of this being a criminal act was considered. Baltimore City Police were on scene to investigate with the fire department. It was clear early on that this was accidental in nature with no related crime. However, taking that initial precaution ensured evidence was not overlooked or destroyed.

Kevin Ryan is a member of the Baltimore City Fire Department Hazmat Operations Office. He is a 30-year veteran of the fire service with 25 of those years as a hazmat responder; he is currently a Level 3 instructor. He has previously written the Buzz Blog for Hazmat Nation. He can be reached at [email protected] for additional information. 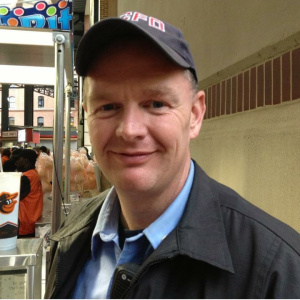 What’s Next for Hazmat Grants

What’s Next for Hazmat Grants